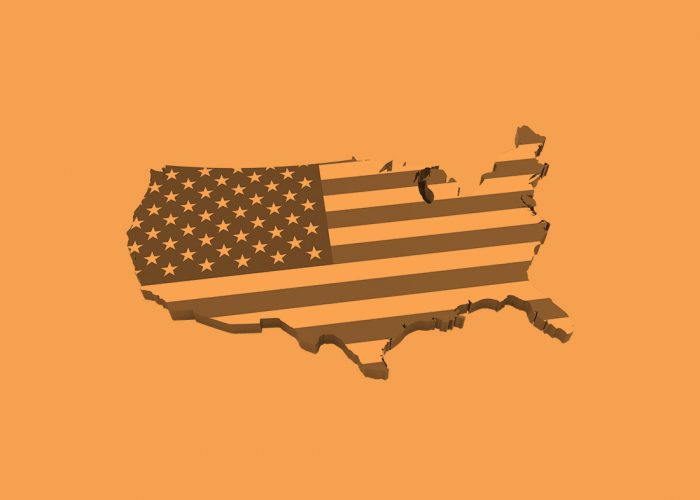 1. Volatility in the technology sector has been one of the major financial stories this year, with the Nasdaq going on something of a roller-coaster ride. How do you expect that situation to play out?

BB: We’re still big on Technology. In fact, looking at the longer term, it’s one of the sectors that we’re overweight for the next three-to-five years. For the next 12-to-18 months, though, we think a neutral rating makes sense—both in Canada and the United States—given the volatility at present. Investors are still going back-and-forth to determine whether Growth or Value is the way to go. But overall, I think the market is being very discerning when it comes to the big names in tech. There was a point in the market pull-back when the baby was being thrown out with the bathwater—nearly all tech stocks were being sold without regard for individual companies’ circumstances. That was a mistake. There are many different kinds of tech names—consumer staples tech, structural growers, defensive tech—and then there are the overvalued, triple-digit-price equities that lead to misperceptions about the sector as a whole. We think that part of the reason we’ve seen such volatility on the upside is that investors are beginning to understand that tech still provides growth, and some tech companies are among the most stable growers in the entire North American marketplace.

2. High inflation and rising interest rates are among investors’ top concerns right now. Given this environment, what’s your outlook for equity markets?

BB: Some investors have preconceived notions about how markets will react to certain circumstances—for instance, many think that interest rates going up is necessarily bad for the equity markets. On the contrary, our research shows that stocks generally go up alongside interest rates. Technology, for example, has outperformed in five of the last seven rising-rate cycles. When the yield curve inverts, as we’ve seen recently, a recession follows about 17 months later on average. But that’s not an absolute rule—we’ve also seen yield curve inversions with no recession. Our belief is that too many investors have already decided what the outcome will be. And if I’ve learned anything in my career, it’s that if everyone is focused in one direction, we should go the other way.

3. The Russia-Ukraine conflict is different in that it isn’t cyclical—it’s an unpredictable, external factor. How do you think that situation will play out for markets?

BB: The market tends to treat geopolitical events as a binary—there’s either a crisis or there isn’t. Right now, I don’t think the market is paying enough attention to the war. The truth is that we don’t know how it will play out; there could be a sudden escalation, which may take the market by surprise. Or it could be over sooner than expect, which could cause a 5-10% market rally. That’s why you want to stay invested, especially through exposure to high-quality, brand-name stocks. From a fundamentals standpoint, the war could have several significant knock-off effects, including ongoing East vs. West tension, the use of energy sanctions and embargoes as a weapon, increased defense spending, and inflation. The truth is that markets just don’t know how those stories will play out. What we do know is that many of the best and steadiest companies in the world are right here in North America, and that’s why we’re so bullish on U.S. and Canadian equities overall.

4. Speaking of North American stocks, in March, you wrote that for the United States, a “industrial renaissance is upon us.” Can you expand on how this could impact sector performance in 2022?

BB: There are three parts to the industrial sector renaissance in the U.S.: defense spending, onshoring and capital expenditures. Starting with capex, there’s the question of North American energy independence, which is really a political discussion, and beyond that the need to address some of the shortcomings in infrastructure. Remember, a proper infrastructure bill hasn’t been signed into law since the Interstate Highway Act in 1956. In terms of onshoring, I think we’ve overcorrected over the last 20-30 years by moving so much overseas. Now, we’re slowly moving the needle back. The transition won’t happen immediately, but the benefits could be immense for railroad companies, industrial companies, waste companies and so forth. Lastly, there’s defense spending. Due to the Russia-Ukraine conflict, defense spending is already going up in many countries around the world. Here in North America, we have many major defense contractors, like Lockheed Martin and Northrop Grumman, in addition to growing cyber security firms, which are the types of companies that really fit our theme from a stock-picking perspective.

5. When we spoke to you last year about the BMO U.S. All Cap Equity Fund, you said that U.S. companies were well-positioned for the medium term. What’s the outlook like now?

BB: We really think the next three-to-five years are going to be defined by North American companies, and that investors should be balanced across the board between Growth, Value and Cap Size. Our evaluation is that the volatility around the world is bringing assets back stateside, toward companies with steady earnings, great cash flow, a strong balance sheet—and maybe even a dividend, which isn’t a necessity but should be part of the overall mix.

6. Midterm elections are coming up in the United States. On the political side of things, is there anything you’re seeing that should give investors a sense of optimism or concern?

BB: Politics have little to do with the absolute performance of the stock market. Of course, there are always concerns regardless of who gets elected; after the blue wave we saw in 2020, some thought the Democrats would ruin the market through taxes and regulation, but nothing of that sort has happened. In fact, last year, the stock market was up over 20% in the United States. So in general, I think we give politics too much credit.

7. Brian, one last question for you. We like to end by asking for book recommendations that have shaped the way you think. In previous conversations, you’ve recommended Founding Brothers by Joseph Ellis and The Art of Contrary Thinking by Humphrey O'Neill. Do you have another selection for our Advisor audience?

BB: I recently read a book on Ulysses S. Grant called To Rescue the Republic, by Bret Baier and Catherine Whitney. Grant was a fascinating figure in terms of putting the nation back together after the Civil War. But my overarching suggestion for Advisors is to not read books about the stock market. Instead, read about Canadian and American history—they can help you really get a feel for who we are as people here in North America.

Please contact your BMO Global Asset Management wholesaler for any support and guidance.

PODCAST: The Case for Investing in U.S. Equities, with Brian Belski and BMO Global Asset Management

The information in this trade idea is for information purposes. The information contained herein is not, and should not be construed as, investment, tax or legal advice to any party. Investments should be evaluated relative to the individual’s investment objectives and professional advice should be obtained with respect to any circumstance.

Index returns do not reflect transactions costs or the deduction of other fees and expenses and it is not possible to invest directly in an Index. Past performance is not indicative of future results.

®/TM Registered trade-marks/trade-mark of Bank of Montreal, used under licence. 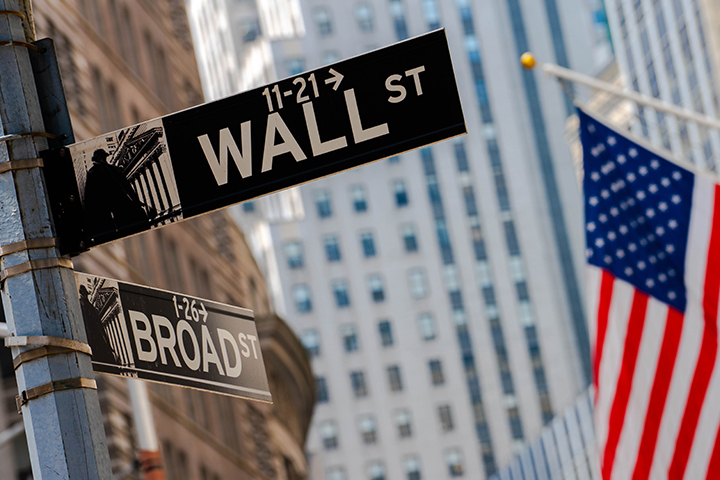 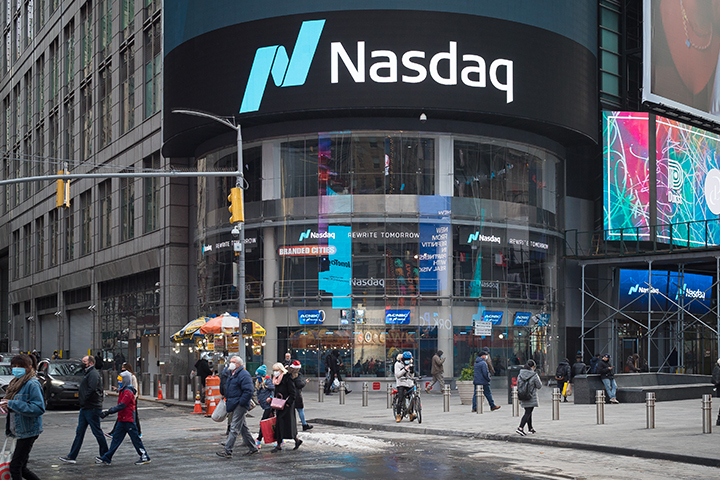 * As compared to an investment that generates an equivalent amount of interest income.

BMO ETFs are managed and administered by BMO Asset Management Inc., an investment fund manager and portfolio manager and separate legal entity from Bank of Montreal. Commissions, management fees and expenses all may be associated with investments in exchange traded funds. Please read the prospectus before investing.

Exchange traded funds are not guaranteed, their values change frequently and past performance may not be repeated.

BMO Life Assurance Company is the issuer of the BMO Segregated Funds individual variable insurance contract referred to in the Information Folder and the guarantor of any guarantee provisions therein. The BMO GIF Information Folder and Policy Provisions provide full details and govern in all cases. BMO GIF products are offered through BMO Life Assurance, a separate legal entity than BMO Global Asset Management and wholly owned by BMO Financial Group. Segregated funds are only available for sale by individuals with appropriate insurance licences and are not considered a mutual fund. Segregated fund fees are higher than mutual funds as they include insurance fees to provide for the guarantees on deposits at maturity or on death.