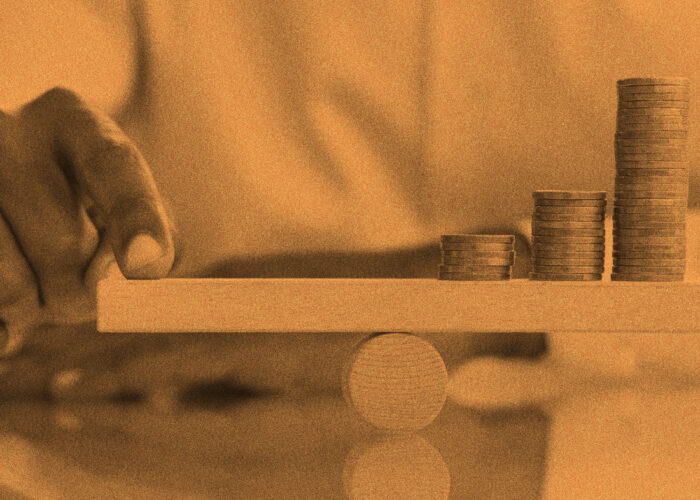 Note: The original interview was conducted on June 22, 2021. It has been edited for clarity and brevity, and some of the specific market commentary may have changed.

How do you use the “Five Lenses” philosophy to manage BMO ETF Portfolios?

SS Let me first say that people sometimes claim an ETF Portfolio is a passive strategy. Nothing could be further from the truth. The “Five Lenses” is basically all of our active decisions summarized into a single document. It shows where we overweight or underweight different areas of the portfolio, which is how we add alpha to the beta exposures of the underlying ETFs. And with 90 different BMO ETFs, we have a lot of ways of doing that.

Coming back to the question, the first lens, Asset Class, represents our view on the current state of bonds versus equities. Lens two is the regional Equity allocation, which can be divided into several areas: North America, EAFE and Emerging Markets (EM). Remember, EM is no longer a satellite exposure – it is a core asset class which today represents close to 18% of the MSCI ACWI Index. Lens three is Fixed Income, where the key decisions are interest rate sensitivity and credit exposure. We have nine ETFs that make up the Canadian bond universe, so that gives us a wide array of tools to tweak those corporate, provincial and federal exposures.

The fourth lens in our philosophy is Currency. This is not a filter we use every day, but it does provide us with the freedom to hedge back to the Canadian Dollar via four major currencies: U.S. dollar, euro, yen and pound sterling. We do this using forward contracts, which are far more tax efficient than trying to go in and out through a physical trade. Finally, the fifth lens is Factors. I like to think of factors as the DNA of the equity market. You can use them to X-ray your portfolio without knowing the underlying industries or geographies. It’s another way for investors to check if we’re taking active bets in the portfolio, whether that means low volatility versus beta, small cap or large, or quality instead of momentum.

What do you tell Advisors about the recent inflation concerns?

SS Well, we’re starting to see spikes in inflation numbers year-over-year, similar to when the economy initially reopened. Plus, the Fed’s preferred measure of price growth, Personal Consumption Expenditure (PCEF), recently registered its highest one-month increase in decades. The central bank tried to soothe investor concerns by saying it will only look at rolling averages rather than any hard line in the sand, and they also indicated that unemployment will have as much influence in the decision to raise interest rates. So, investors should be watching both.

But ultimately, the devil is in the details. If you dig into what makes up inflation in the U.S., you get a clearer picture of where this spike is coming from. There are roughly 300 line-items in the complete calculation, divided into core (food and energy) and non-core (everything else) items. Food inflation has been stable for years in developed markets, though I noticed that Bacon and Breakfast Sausages are up 13% YoY, which might be alarming to some meat lovers out there.

Obviously, one of the biggest drivers of inflation is housing. Despite the surge of people moving from downtown city centres into the suburbs, and despite strong housing starts in the U.S., we did not see a significant jump in the YoY numbers. This is driven by an extremely dovish Federal Reserve who feel they have adequate tools at their disposal. Stopping the inflation train is not an issue for them, because they have not only good brakes, they have air brakes, a parachute and moral suasion as to when they start talking about raising rates. The only concern for them is stopping the train too soon.

What about wage inflation? What should investors make of rising incomes?

SS Historically, wages account for close to 40% of the underlying growth for producer price inflation, because as people earn more money they tend to buy more things. This obviously feeds into the economic engine, especially considering that 66% of the U.S. economy is based on consumption. But wage inflation has been hard to come by in the U.S. When Former Fed Chairwoman Janet Yellen began talking about tapering back in 2013, she thought full employment in the U.S. was somewhere around 4.5% – well, it later dropped to 3.5% and we still did not see wage inflation. During to the pandemic, unemployment shot up to 13.5% and, although it has dropped to 5.8%, there’s no reason to think wage inflation will be sustained beyond the near term. If we didn’t have inflation at 3.5%, we will not see it now.

So, why is there so much talk about inflation?

SS One, wages spiked briefly in the rush to get people back to work as employers tried to staff up before businesses reopened. Two, average wages rose during the pandemic because the lower tier of service workers lost their jobs and fell out of the calculation. The numbers looked good, but only because the denominator had changed. The other big thing to look at is Underemployed, the group of people that would like to have full time jobs, or are currently working below their skill level and are not fully engaged. Finally, there are people that have dropped out of the workforce altogether, as shown by the fall in the Participation Rate, who could re-enter the workforce at any time, as they did for years, following the Great Financial Crisis. There’s still plenty of slack – openings are at an all-time high and, while wage growth might be localized to certain industries, we do not see it as a big driver of inflation over the next 12 to 18 months.

Okay, let’s dive into the portfolio. Tell us about your preferred market exposures.

SS Sure. It goes without saying that we’ve been overweight equities since April last year. Our biggest adjustment happened in the first quarter of 2021, when we reduced our exposure to U.S. and EM equities to neutral in favour of upgrading Canada two steps from underweight to overweight. You can also think of this shift as favoring value over growth, or cyclicals over defensives, because the nature of the Canadian economy is to shine during rising rates. Whether it’s commodities, energy or the banks, the country is powered by sectors that work well in this environment, and that was our rationale for moving overweight Canada.

In terms of fixed income, we’ve been on the right side of the equation by being slightly underweight duration. That said, the volatility in interest rates serves as a good reminder that it’s risky to take an aggressive stance in either direction, especially when it comes to a multi-asset portfolio. Depending on the portfolio, we’re anywhere from one-quarter to three-quarters of a year short duration. As we get more bond-heavy, we spend more of our risk budget in managing inflation risk, because one of the best hedges in a multi-asset portfolio is equities. They are a natural inflation hedge, and we would rather spend our risk budget on their upside rather of trying to figure out where interest rates are going every 10 to 20 basis points.

We try to mix our trades through the Five Lenses, such that we avoid having all of our trades directionally on “one side of the boat.” We do not swing for the fences in any one area. For example, in addition to the Canadian overweight, we have exposure to TIPS in our fixed income portfolio in order to further manage inflation risk. Likewise, in Factors, we still keep some exposure to U.S. small cap, which we opened last year and has performed well ever since. There may be see consolidation again when technology leads the pack, but the reality is rising rates favour a rotation from growth to value, and there’s more room for that to happen.

This article is for information purposes. The information contained herein is not, and should not be construed as, investment, tax or legal advice to any party. Investments should be evaluated relative to the individual’s investment objectives and professional advice should be obtained with respect to any circumstance.

Commissions, management fees and expenses (if applicable) all may be associated with investments in mutual funds. Trailing commissions may be associated with investments in certain series of securities of mutual funds. Please read the fund facts, ETF facts or prospectus of the relevant mutual fund before investing. Mutual funds are not guaranteed, their values change frequently and past performance may not be repeated. Distributions are not guaranteed and are subject to change and/or elimination. 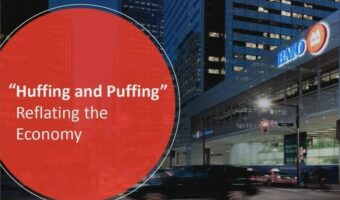 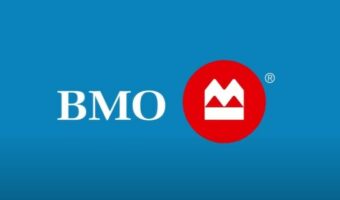 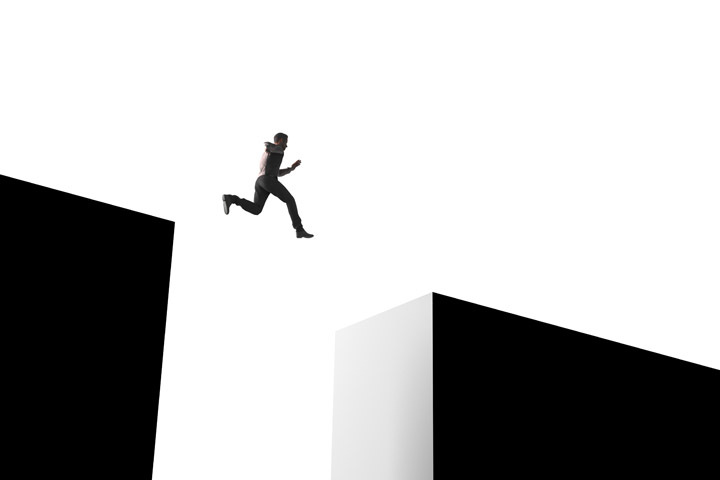 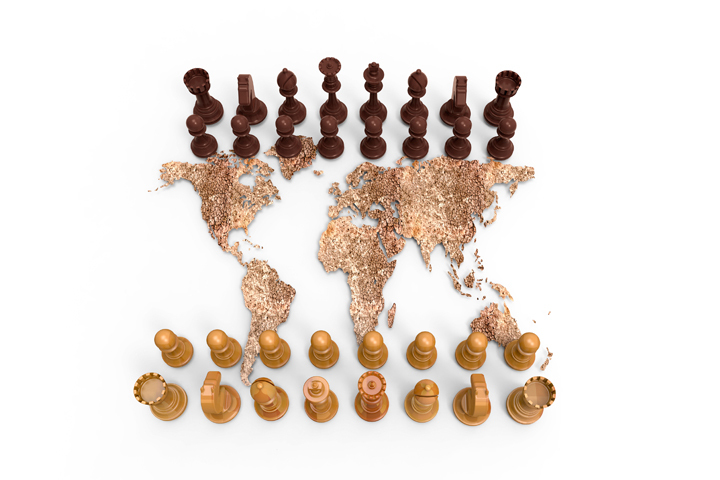 An ESG Manager that Competes Globally 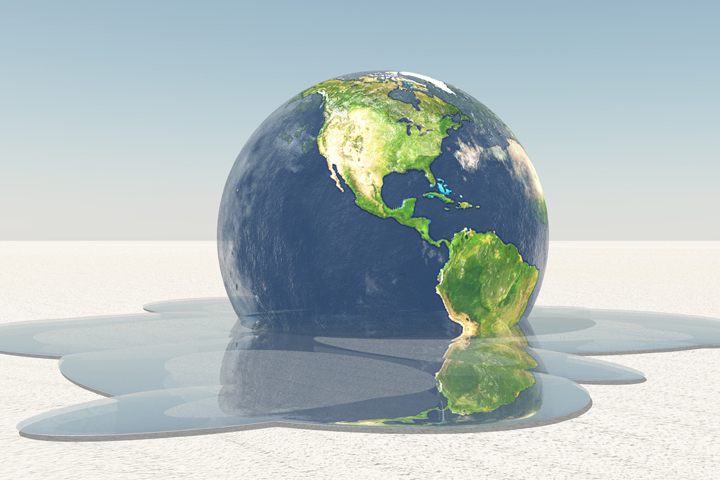 ESG Themes
Your Clients Are
Talking About

BMO ETFs are managed and administered by BMO Asset Management Inc., an investment fund manager and portfolio manager and separate legal entity from Bank of Montreal. Commissions, management fees and expenses all may be associated with investments in exchange traded funds. Please read the prospectus before investing.

Exchange traded funds are not guaranteed, their values change frequently and past performance may not be repeated.

BMO Life Assurance Company is the issuer of the BMO Segregated Funds individual variable insurance contract referred to in the Information Folder and the guarantor of any guarantee provisions therein. The BMO GIF Information Folder and Policy Provisions provide full details and govern in all cases. BMO GIF products are offered through BMO Life Assurance, a separate legal entity than BMO Global Asset Management and wholly owned by BMO Financial Group. Segregated funds are only available for sale by individuals with appropriate insurance licences and are not considered a mutual fund. Segregated fund fees are higher than mutual funds as they include insurance fees to provide for the guarantees on deposits at maturity or on death.